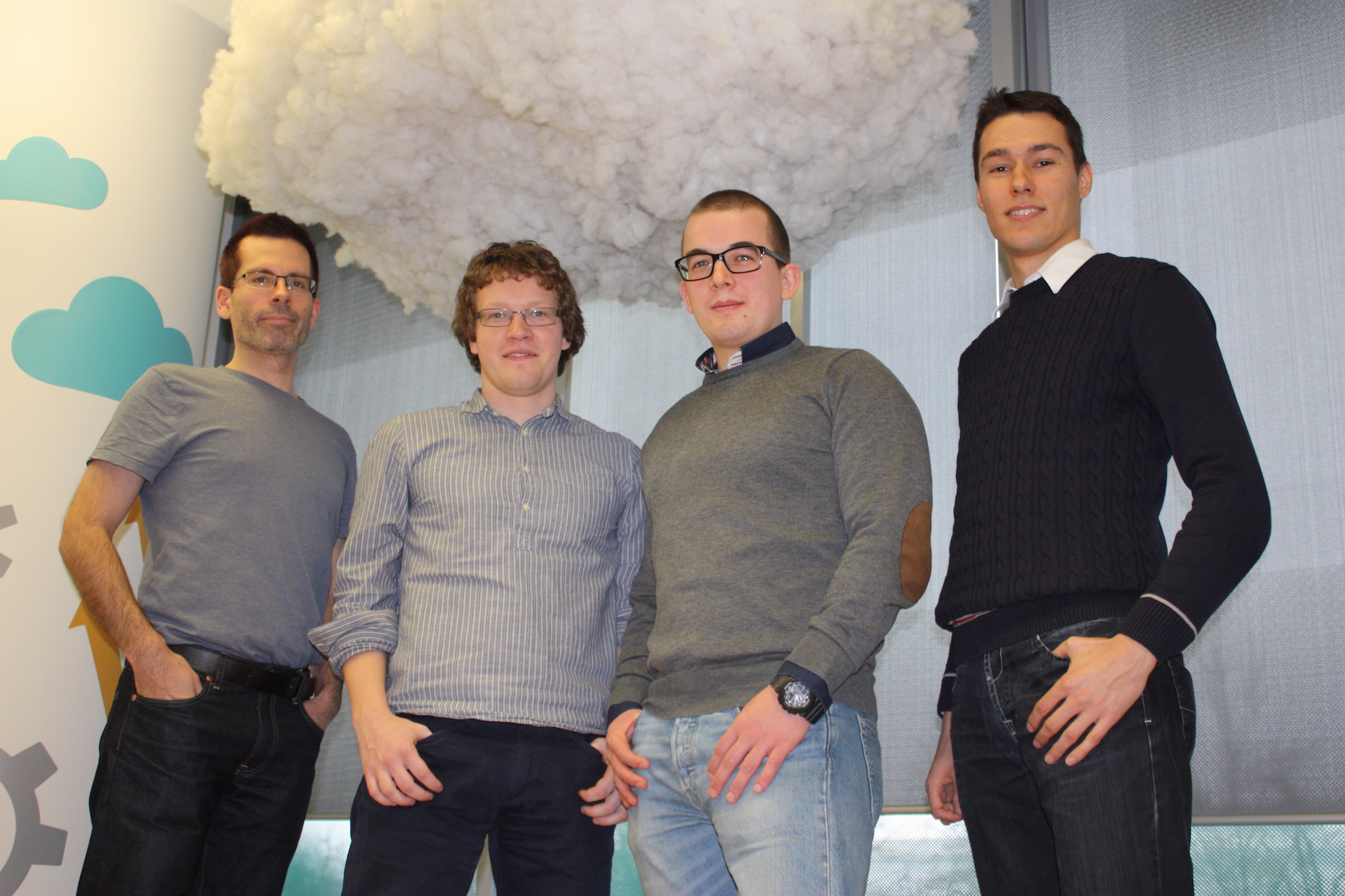 Isakovic is in good company too. Co-founder Jaka Demsar is Chief Data Scientist, developing the algorithms which Storesense use to detect and surface patterns in human behaviour as well as automating predictions in store for the placement of not only advertising, but sofa placement for shoppers to rest, ensuring they stay for longer thus increasing the chance of a retail transaction.

Isakovic says that his speciality is ‘creating order out of chaos’ and looking deeper into where Isakovic has come from, the future could be very bright for Storesense under his stewardship, with a rich mix of technical and management experience complimented by the strong inspirational influence of his wife, Alja.

“She has thrown herself at any challenge presented to her and is an inspiration to me… as part of a young group of advisers to Neelie Kroes, the EU Commissioner (for Digital Agenda), she had the idea for CodeWeek that has organized 3000 events aimed at teaching people across the EU to code and also created a local chapter of Rails Girls“

Community involvement has also been a staple for Isakovic and after intern stints at IBM and Microsoft in the late’90s, he collaborated with the Founder of the first tech startup in his native Slovenia to have received foreign VC money. This broke the ground for an ecosystem of funded startups which generated an audience to present to and community catalyst Jure Cuhalev persuaded Isakovic to talk at WebCamp.

“I was reluctant at first because I was not sure if I would be able to offer much; however, I discovered otherwise. I’ve been giving at least a few talks or workshops a year ever since – first focussed at communities and mobile and lately more focussed on the business side. For example – I just had a two hour workshop about the basics of branding and pitching yesterday. I was quite nervous giving the talks for the first few years, but it turns out that, as with anything in life, it gets much easier with experience”

Nowadays he is an extremely active member of the local start-up community, a Seedcamp, TSstartup and GoGlobal mentor and regular speaker at events.

Whilst Jan’s activities have been keeping him busy, wife Alja has been complimenting his efforts with her activities as a leading light in the Slovenian developer community and at the same time working for CubeSensors, a startup which won the TechCrunch Hardware Battlefield award in 2014. She has continued to organise Rails Girls as well as Django Girls in Slovenia and as if this was not enough, she also founded a programming club called CodeCatz that serves as the next step for women learning to code.

Isakovic comes from the generation that was introduced to programming on a ZX Spectrum and by 1991 acquired his first modem, enchanted by the possibility of connecting with others, “I soon set up my own server (i.e. BBS), co-created a network of high school servers and met a lot of people, many of whom are still my friends today” but some of the most useful knowledge he brings to Storesense have been on the business side.

He talks about what he learned from the first person he worked for, local ‘legend’ Kristijan Pecanac, “His original startup failed, but he learned a lot and created many connections. I learned the basics of startups during a very exciting, dynamic and low-revenue year. The idea was abandoned after a year and a half, but Kristijan remains a valued mentor to this day.”

Isakovic also learned from the challenges of his own startup, a social analytics platform which he says, “failed to start up and transferred into a consultancy on communities. We did stuff like create and maintain an island for the national broadcaster in Second Life or design and develop a collaboration platform for a local technology park”, whilst having an exit strategy in place and knowing when to expedite it is vital for any startup, further feature iterations were still enjoyed from the components of the failed project.

The step from code to managing projects happened when he took on a project to create a new back-end system for a publishing house with a few friends in 1997, serving as a system architect, “After a few months it was obvious that somebody needed to manage the project so I took it up – and it also included managing my own team.. from then on my role slowly transitioned from a totally operational level to more managerial and mentorship.”

Isakovic does not however take success for granted but one thing to bear in mind is that gaming has always been something he has spent a lot of time doing, nay been obsessed with.. time which has been clipped back to make way for Storesense.. considerably. Especially since he used to be Slovenian Doom Champion and there is a logic in there somewhere which might suggest that time given up obsessing about one thing that eventually made you a Champion could make the future look very bright for Storesense.

Not only that but Co-founder Demsar ‘s algorithm creation has now put him only 4% behind an expert from ESPN in predicting UEFA Champions League results.

‘The World is Flat: A Brief History of The Twenty-first Century’ by Thomas L. Friedman

The book that really gave me a shove regarding entrepreneurship – after I read that I quit my old job and opened my first company in 2007.

“The Mysterious Island” by Jules Verne

The book I loved as a child – it taught me a lot about the power of knowledge, collaboration and self-reliance.